VertiMax sports and athletic performance training equipment allows athletes to train at full-speed in drills under smooth resistance.    Watch the videos below to see coaches and athletes in action!

If you want to play fast, you have to train fast. — Al Marez 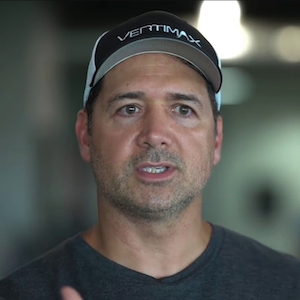 The reason all Vertimax products produce such great results is that they’re specifically designed to maximize athletic potential in student-athletes by focusing on three key components – vertical jump, speed, and explosive power.

Both the V Series and Raptor products provide its users with a unique advantage over traditional training equipment by providing some key benefits. First, if increasing your vertical jump is your goal, the Vertimax V8 and V8 Max are the only systems in the world that allow its’ users to apply a load to their upper body and lower body at the same time.

With the use of four bands, users can now place resistance on their lower body and both arms while they’re jumping, and many people don’t realize that a significant portion of vertical jump performance comes directly from your arm swing. So why not train that movement and get a better vertical jump.

Speed Training for Improved Performance in All Sports

Speed development is essential for almost all sports. In just about all ground-based sports, including sports like basketball, the majority of the athlete’s movement, in competition, is going to involve decelerating and accelerating on the horizontal plane. And, since the vast majority of our competitive movement is on that horizontal plane, does it not make sense that training on the horizontal plane, with resistance, at sport-specific speed, could be far more relevant and effective towards athletic performance gains than simply pushing weights up and down on the vertical plane? 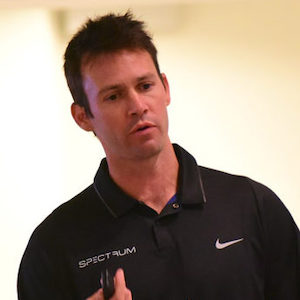 “I decided how to put the Raptor into my program based on what our coaches were trying to do with athletes prior [to using Raptor Sports Performance Training Equipment]. So, before the Raptors, we would watch our coaches try to resist [athletes] with bungee on specific movements, and we saw the challenges coaches faced over extended distances, different types of movement, you’re really restricted to a linear plane, or a lateral plane, with a bungee, where the Raptors allowed us to have that 180 degrees, or 360 degrees movement. With the experience using these for the past several years, I have a good understanding of how to incorporate these into different programs at different levels in any sport or in any environment.” – Will Hitzelberger CSCS, PES, CES

The Vertimax resistance, whether on the V Series or the Raptors, allows athletes to achieve the highest resisted training velocities possible during training, and the faster you train with a light load, the greater your high-speed strength gains will be. And that’s exactly where athletes want to see gains, at their top speed. If you’re trying to improve your top-end speed or throwing speed, for example, the Vertimax equipment gives you the competitive advantage you need to reach your full potential.

Those looking for more explosive power, Vertimax technology changes the way elastic bands work by completely eliminating the radical increases in resistance you typically feel when you stretch a conventional elastic band. The benefit of this is that users can put 100% into each movement and not have to worry so much about stabilizing themselves against this inconsistent resistance. And, by utilizing over 40-foot bands run through multiple pulleys, users do not feel that dramatic increase in resistance when they train.

With the V Series and the Raptor products, you’re taking a 40-foot band and only stretching it 4 to 6 feet when you jump. Whereas with a traditional band, if you have a six-foot band, and you jump six feet, you’re stretch it [band] 12 feet. That’s 100% stretch. And, that’s what causes the dramatic increases in resistance. And, what the Vertimax bands are superior to conventional bands. Again, with the Vertimax equipment allowing its users to put in max effort on each rep, the Vertimax equipment provides a safer, more effective way to develop explosive power. 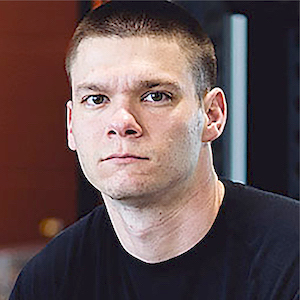 “If we want to get our athletes more efficient, moving faster, more quality, increase that force development, and rate of it, I’m going to get my kids on the Raptor, and also the V8, for the vertical and plyometric training, to get the results that I want out of it. The V8 helps a lot of our athletes. I like to use it in terms of teaching them landing mechanics, with the resistance on the hip, helps them to load their hips quickly, and efficiently drops down to an athletic position.

I can get my kids on the Raptors, they’re moving quickly and efficiently, to get that quality of movement that doesn’t get sacrificed. When the kids are doing their speed training, that tension, that resistance is constant. My kids, my athletes, can train at high speeds, keep their movement quality, and not look like that loose noodle if you’re using a trip-cord, and that’s what I want. I want my kids always moving well with speed.” – Rhys Gully, BS, CSCS

Remember, optimal development of athletic speed and power is achieved by maximizing the rate at which muscular force can be generated. The faster an athlete can generate force, the more explosive they’re going to be. As the athletes’ explosive power increases, so will their ability to accelerate and jump. However, it’s very important to note that the strength that an athlete develops in the weight room will not effectively translate into explosive power in competition unless low-velocity powerlifting is combined with light-load, high-speed, explosive training, and this is made possible by Vertimax.

Essentially, what Vertimax equipment does is take the absolute strength gains you get from the weight room and allow athletes to better transfer that to the field of play. If you want to play fast, you have to train fast. That’s precisely what the Vertimax V Series and Raptors allow you to do.

If You Want to Play Fast, You Have to Train Fast!

Vertimax athletic performance training equipment allows athletes to train at full-speed in drills under smooth resistance. Loading the hips, legs, and arms with light-weight during high-speed training is the most effective way for athletes to increase explosive power, speed, and vertical jump for competitive sports. This is why coaches, athletic directors, and athletes love training on Vertimax!

Be The Game Changer

You Don’t Train the Sport — You Train the Athlete!

Athletes use Vertimax athletic training equipment because they can run drills at full-speed. In a nutshell, vertical jump, power, speed, and agility are competitive advantages for athletic performance. It’s essential to load the entire body, safely, to increase gains in these athletic skills. That’s what this equipment does better than any other skills training equipment on the market. Like the athletes below, your athletes will fly!

Check out the sports and athletic performance training equipment below. In addition to these platforms and Raptors, athletes and coaches use a variety of training accessories. Harnesses, bands, belts, straps, suction cups, wheels, and track slides are added to Vertimax equipment. Together, accessories with V8 and Raptor equipment redefine the athletic performance training experience for sports athletes and teams. Contact us to discuss which systems and accessories your athletes need.

Are you a high school coach or athletic director? If you would like to learn more about how VertiMax can help you coach your student-athletes to improve their explosive power, speed, and vertical jump, please use the form provided to express your interest or any questions.

Storage Solutions | How to keep the facility organized?

Genes and Exercise Performance | Are champions born or are they made?